A game produced for the Metropolitan Action Committee on Violence Against Women and Children (METRAC) that promotes healthy relationships among youth.

I freelanced as a programmer on the production by Take Action Games, whose previous game, Darfur Is Dying, had made excellent use of viral effects and social media to promote their cause – it even got them invited to speak in Congress.

RePlay: Finding Zoe went on to win the Adobe MAX 2009 Award in the social responsibility category. (Video from award show) 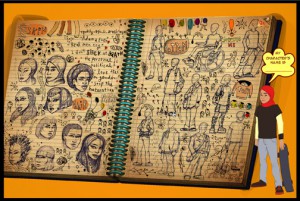 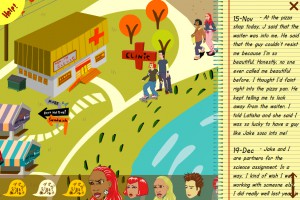 Gameplay screen, where the player and friends explore the town, collecting clues as the story unfolds. 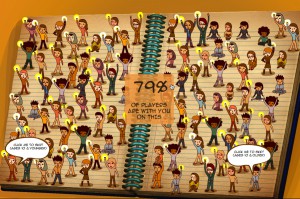 The game featured quick surveys before and after playing. One of my jobs was to make this work in ActionScript and PHP.