Space Madness is a classic cave flyer game inspired by old Amiga games, such as Gravity Force. It is designed and programmed by me in ActionScript 3.0, and features the amazing pixelart of the Russian artist Sergey Arseniev and the music of Dave Cowen, who is famous for his Nitrome game soundtracks. It’s the first game I made that uses micro-transactions, allowing players to buy upgrades for their spaceship’s cannons and shields and even an expansion pack of 16 new levels. (Stats: 6 million gameplays, April 2012) 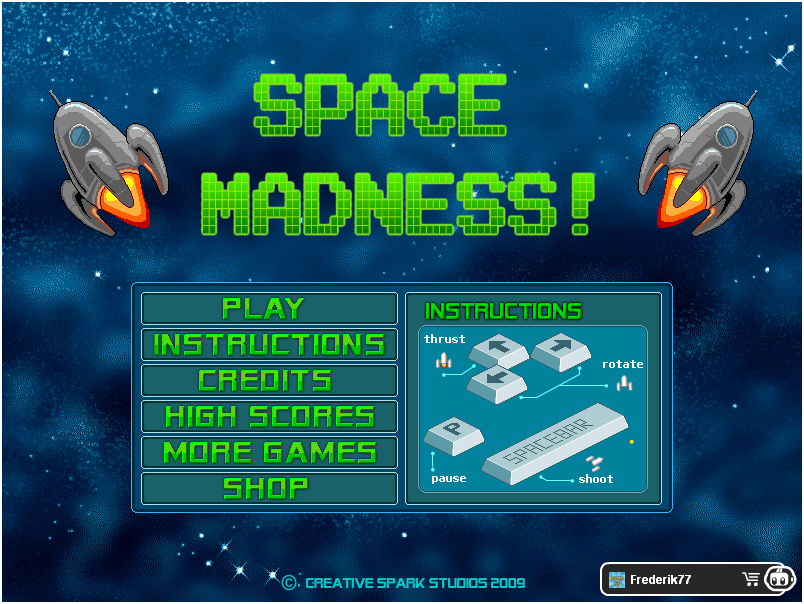